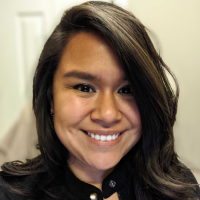 This week, the New York State Workers’ Compensation Board announced the launch of the a “state-of-the-art” iPhone app developed by Charlotte-based Cloverhound.

The key to the success of Virtual Courts solution is the virtual waiting room that allows hearing participants to be productive while waiting to participate in their hearing. Adding support for mobile continues to solve what we refer to as the ‘waiting room problem:’ the lost hours people spend commuting to and sitting in waiting rooms.

The free Virtual Hearings app is available in the App Store here; however, full functionality requires a valid WCB hearing in New York State. You can watch a demo here.

Cloverhound’s VirtualQ framework is ready to solve the waiting room problem on other verticals, including healthcare, education, and even the DMV.

Cloverhound is a Charlotte-based telecommunications, software product and services company with offices in Charlotte and Denver. With its strong development team, Cloverhound specializes in the custom development, integration, installation and configuration of Cisco Systems products including Unified Communications, Webex, Contact Center and more. Cloverhound was founded by Chad Stachowicz, a career Cisco Unified Communications expert who serves as CEO. Cloverhound has recently launched VirtualCourts, powered by its VirtualQ framework, a first-in-the-nation virtual hearings solution built on Cisco Webex.