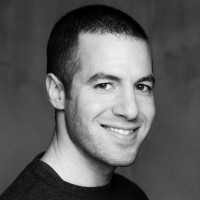 How to Monitor and Control Cisco Phones with JTAPI

When creating our Cloud Call Center platform, Zomnio, we wanted agents to be able to leverage their existing Cisco investments by logging in to their Cisco phones, just like Cisco UCCX or UCCE. For this to work we need to be able to monitor the status of the agent’s phone and forward call control requests from the web-based agent desktop. Luckily, Cisco’s call processing and phone control software, Unified Communications Manager (UCM), provides a powerful API for monitoring and controlling phones: JTAPI. In this post, we’ll give a brief introduction to JTAPI and how to use it in your own applications.

JTAPI stands for Java Telephony API. It is a protocol for communicating with phone systems. Computer programs can use this API to place phone calls, answer calls, receive phone events, and more. Cisco Unified Call Manager, or CUCM, exposes call control of phones and other telephony devices via JTAPI. This enables custom applications to monitor and control Cisco phones.

At Cloverhound, we’ve used JTAPI to enable agents to connect to their Cisco Phones via their Zomnio Agent Desktop. More on that later.

Here are some of the basic JTAPI concepts, copied over from DZone:

The JtapiPeer interface represents a vendor’s particular implementation of the Java Telephony API. JtapiPeer is the first object an application must instantiate.

A provider represents the telephony software-entity that interfaces with a telephony subsystem. The rest of the JTAPI objects are derived from the provider.

An Address object represents what we commonly think of as a “telephone number.”

A Terminal represents a physical hardware endpoint connected to the telephony domain. Address and terminal objects exist in a many-to-many relationship. In other words, a phone can have multiple numbers and a number can be shared among multiple phones.

Let’s walk through an example use case. I’ve created a simple Java application that listens to events of a Cisco phone. If the phone begins ringing, the application will then answer the call. You can check out the full code on github.

Here’s the main class of the application:

The application can be started via the command line, and expects the user to pass in the url of your Call Manager, the credentials of the end user you created with proper JTAPI permissions, and the extension of the device you would like to monitor. The application connects to your Call Manager using your Call Manager url and credentials. It then adds a call observer to your extension. The callChangedEvent method of our PhoneListener class gets called whenever an event is received. It is important to note that this code will not compile unless you have added your JTAPI jar file to the build path.

Let’s look at the PhoneListener class:

The callChangedEvent method calls handleCallEvent on each event. The handleCallEvent method extracts the event name and extension from the callEv object. If the event is the ringing event, and if it’s for the extension we’re monitoring, we answer the call. Why do we need to worry about extension if we’re only monitoring one device? Because if we use our phone to dial another device, we will receive the event for the other device, because our phone made the call. To answer the call, we obtain the call object from the event. We then retrieve the terminal connection associated with that call and our extension. We finally call the answer method on the terminal connection.

That’s all for now! Thanks for reading.